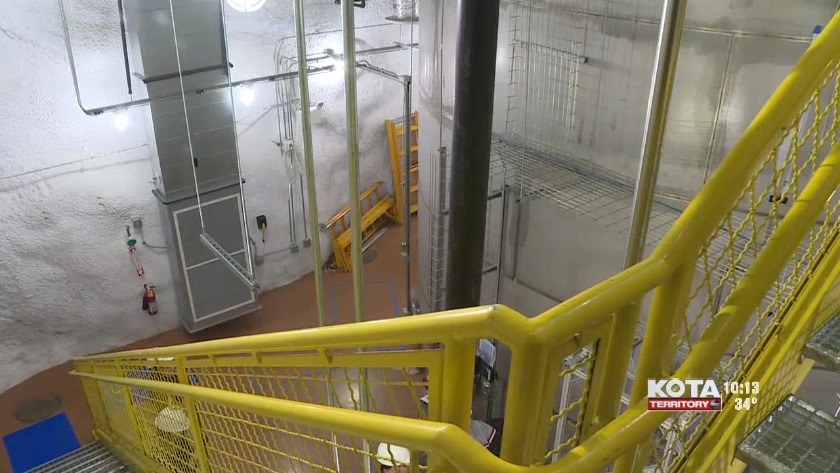 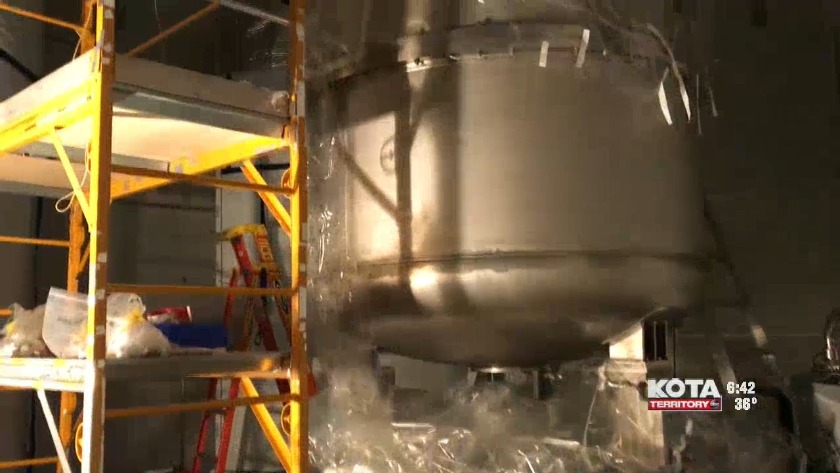 The hunt for Dark Matter

LEAD, S.D. (KOTA TV) - We continue our Sanford Series with a look at one of the many cutting edge experiments underground. Deep within the lead-lined walls is a machine, finely tune and quietly looking for something that right now is purely hypothetical.

It’s a state of matter that only exists on the movie screens and in comic books: dark matter.

A previous attempt to find dark matter, called the LUX Experiment, failed. Now, scientists have built something bigger and better.

“This is the biggest and best version of this type of detector to date when it's all running in 2020,” said Fiorucci.

Construction on the LUX-ZEPLIN is well underway, but how do you locate a state of matter that doesn’t want to be found?

“We’re building a big tank. We fill it with liquid xenon, a very pure, very specific material and we wait for interactions of dark matter particles inside this tank, which will give us a flash of light.”

At a very basic level, the machine is a light detector. Any kind of particle that comes into it and bumps into an atom of Xenon will emit some amount of light. Scientists have to look at the details of the signals to tell the difference between a photon, neutron or something that they’ve never seen before. In the previous experiment, Sanford scientists only found particles they know of, no dark matter yet. Building the detector bigger will increase the chances of finding that dark matter.

Scientists say that dark matter makes up 80% of the universe and now, it’s equivalent to the next space to see who will find it first.

“You know, we were trying to beat the Russians to the moon. Well these experiments are trying to beat each other to be the first to actually directly detect dark matter, so it’s definitely a Nobel prize-winning topic,” South Dakota Science and Technology Authority Executive Director Mike Headley said. “The first to actually do it will be going to Stockholm to get their Nobel prize.”

And with more than two dozen similar experiments around the world, the race is truly on. But what makes scientists so convinced that dark matter even exists?

“So what is it? We don’t know. We know its effects though. We know that it affects mass. It tends to clump things together in a way that leads to the formation of galaxies and things of that nature,” said Fiorucci.

Because of the unknown, scientists can’t pinpoint any practical application for dark matter just yet. Still, there’s a more enlightened reason for the research.

“The best reason is we are pretty sure it’s there, but we haven’t been able to find it. From a scientific point of view, that’s just not a good feeling,” said Fiorucci. “It’s been mostly disappointment because nobody has found anything. It’s always very exciting. It’s a big deal for us. That’s what we live for.”

When the experiment turns on, scientists will check the data every so often. They call them “Open the Box” days and everyone gets together for a little party to see if they have discovered dark matter.